Using TURN FEATURES ON/OFF, you can specify which user or role/s has access to each module: 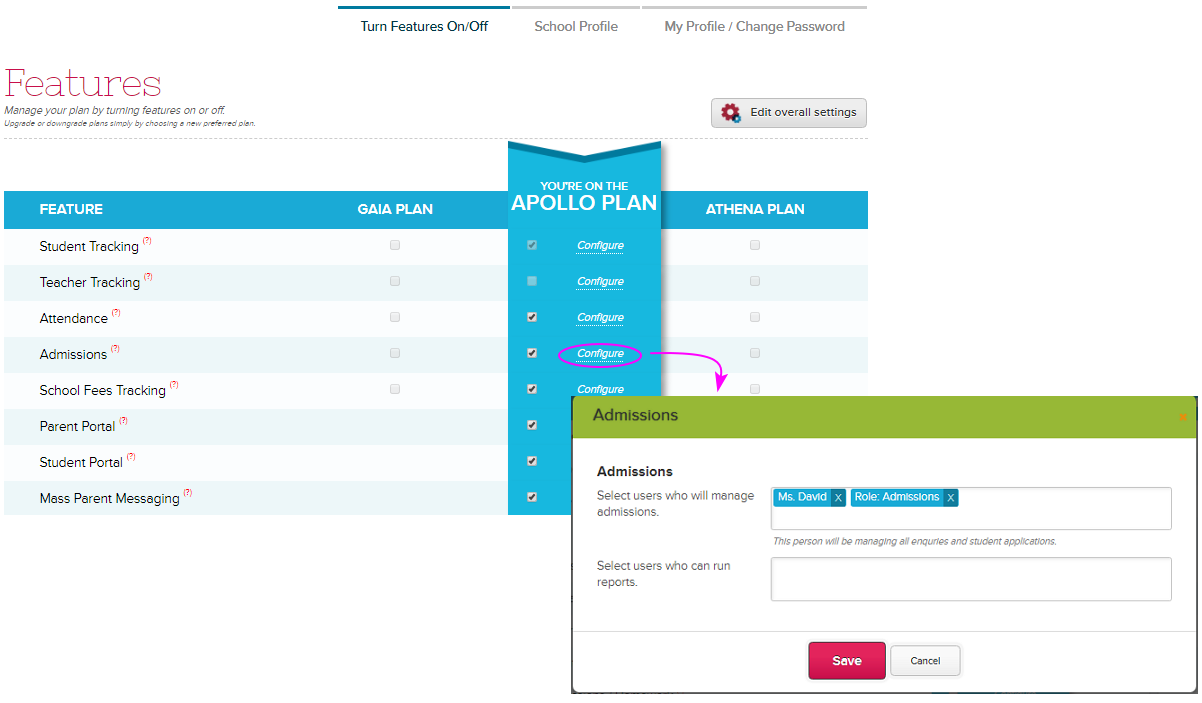 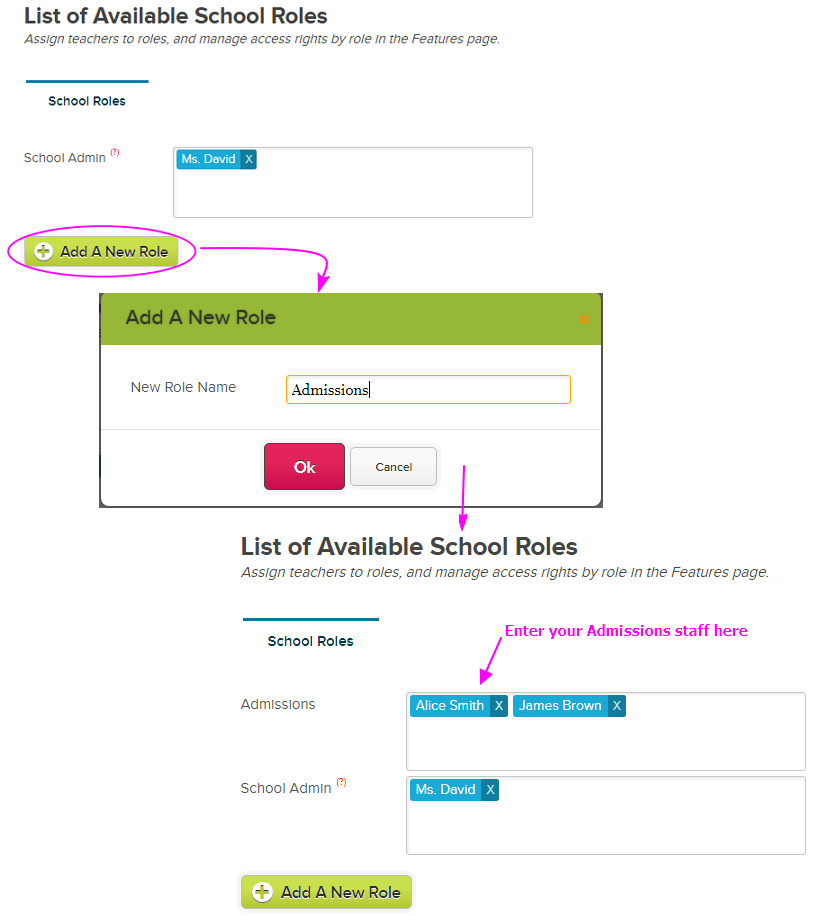 We’d love to hear from you, please chat with us!